This story was written by Esteban Chaves, exclusively for L’Étape Australia.

I prepared for La Vuelta at my hometown: Bogotá, Colombia. Altitude, friends and family are the perfect mixes to train for a Grand Tour. This year, the 5th edition of  Clásica Esteban Chaves took place in early August. Clásica Esteban Chaves is a 4-stage, U16, Junior and Women race organized by my foundation (FUN) to promote healthy competition and love for cycling across Colombian families. The last stage, is an intense circuit on the main roads of the city.

During my training, I called my dad (also the Race Director) to check on how the race was going. After training, I went to the last stage to watch the circuit. When I arrived to the starting line, the U16s were about to begin the 6-lap circuit so I rapidly got into the judge car to get a feel of the race from the inside. There were the best 15-16-year-old riders of Colombia racing for the GC. They were extremely close with only small differences in their times. Brayan Usaquen was second in the GC (he is also a rider for FUN Cycling Team, my team) and had the opportunity of winning the race.

From the first laps, there were multiple attacks at the climbs and it was awesome to see that energy, eagerness and combative spirit in such young riders. It was an all or nothing affair and the peloton got smaller every time. Usaquen’s teammates did a great job on the climbs trying to weaken the leader and opening the chances to take the victory. It was like a Pro Cycling race!!

With two laps to go, the leader started to suffer and fell behind the group. The group took advantage and kept going with the impressive speed uphill and downhill. The small group was formed by the TOP 5 riders of the GC, including Usaquen and his teammate Pantoja (5th in GC). The bell rang, one lap to go: 2 climbs, one downhill and Usaquen could be the winner of the race. Suddenly, on the first climb the other riders made an aggressive attack, that only Pantoja could respond to and Usaquen started to lose time.

He knew he needed to arrive with the group to be the champion of Clásica Esteban Chaves, it was just way too much but he kept pedaling. From his face you could see he was giving everything he had, I was so thrilled that I leant out of the judges car and started to shout,  “Let’s go Champ”, “Keep going”, “You can do it” “Just this climb and you will win the race”, “Get up out of the saddle!”, “One last effort”. 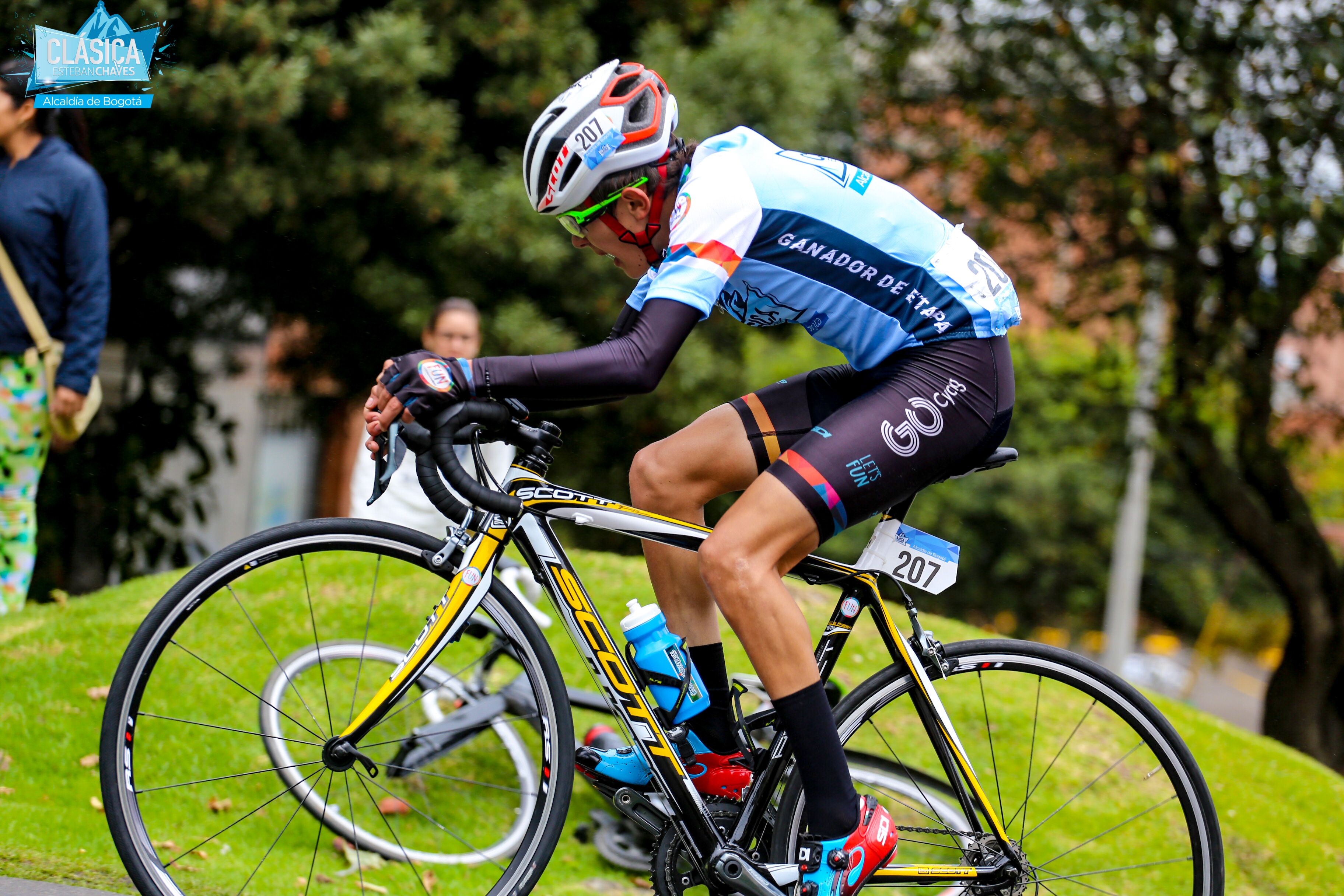 I usually don’t get that excited with cycling competitions, I guess I just see them from a very critical and strategical view and I don’t let emotion takes over me. But that day, watching this sixteen-year-old, 1.65-meter-tall and 50kg of weight kid fighting against everything, reminded me of MYSELF. Some years ago I was like him, a kid fighting for his dreams, giving everything to cross the finish line and wondering if one day I will fight for a Grand Tour. Probably he grew up similar to how I did, had a house and a family similar to mine and dreamed as high as I did.

At the end, Pantoja won the stage and Usaquen finished third on the GC. This time, he didn’t win the race but I am sure he will remember this day for the rest of his life, because that is what happened when you give more than 100%.

On this day, I am reminded about why FUN exists. We want to develop a future generation of dreamers, hard workers and team players. We want to change the world and we know the power of sport. I learned life values through cycling and now I am very proud to share them with kids like Usaquen. Around the world, there are a lot of kids reaching for their dreams and I am confident that FUN will expand to share our vision with more and more people in Colombia and around the world.

This is what cycling is for.

This is why I am a professional cyclist. 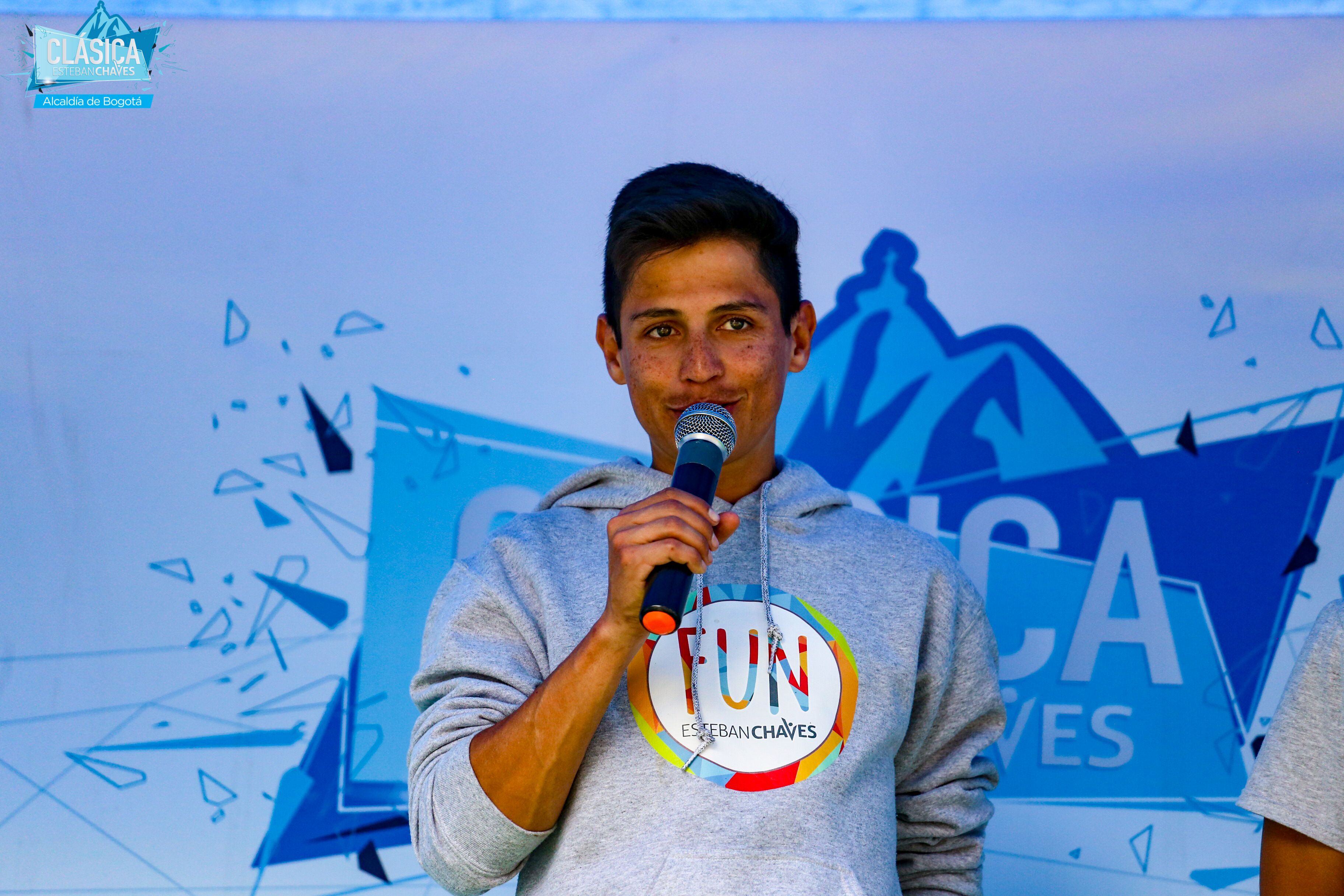 Esteban Chaves will share more exclusive behind-the-scene stories during his Clinic on Friday 29th November in Jindabyne. Tickets are limited and can be purchased in the registration process or via the L’Étape Australia Merchandise store. 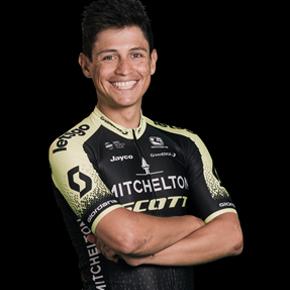