Channel the voice of the late, great, Paul Sherwen, “don’t panic”.
Paul always said that in a moment of crisis during his Tour de France commentary. And he was spot on. Panicking never improves the outcome.
I haven’t had the ideal preparation for L’Étape but there’s no miracle that can generate the form of another six months worth of training.
Don’t panic and break it down into bites size chunks. That’s what I’m going to keep telling myself.
I’m doing the Ride, which is 108km. And although it’s not as daunting as the 170km Race, I can’t remember the last time I did 100 plus kilometer ride.
I have, however, done plenty of 30 to 45-kilometer rides. So my strategy on the day is to break it down into 30km segments, with a simple 18km to finish. That’s all manageable.
A 30km ride is a breeze. I’ve just got to do it three and a half times.
The key for me will be having plenty to eat and drink on the bike. If I keep enough fuel in the tank I’ll be able to enjoy the Ride.
I’d be applying the same principle if I was doing the Race… just I’d be doing it for longer.
On the Col de Beloka I’m going to make sure I don’t get sucked into racing others up the climb. I’m going to ride at my own pace.
The images of Chris Froome letting all the top contenders go, at the bottom of the final climb on a key Vuelta a Espana stage, is still clear in my mind. Chris didn’t go into the red zone until near the top of the climb. He simply did his own thing and caught all bar Alberto Contador by the end of the stage and won the race overall.
I highly recommend sticking to your own tempo on the Col de Kosciuszko. In fact, at almost 23km, it’s even more important on this long climb to listen to your body and ride at your pace.
As for the pre-event sleep, most of us are accustomed to an early start but sometimes that alarm clock can unsettle our night. I’ll be taking comfort from an old AIS study that said one poor night’s sleep doesn’t have a significant impact on your performance, in a one-day event.
I’ve been to each edition of L’Étape Australia and this weekend will be my first on the bike. I can’t wait!

See you in Jindabyne. 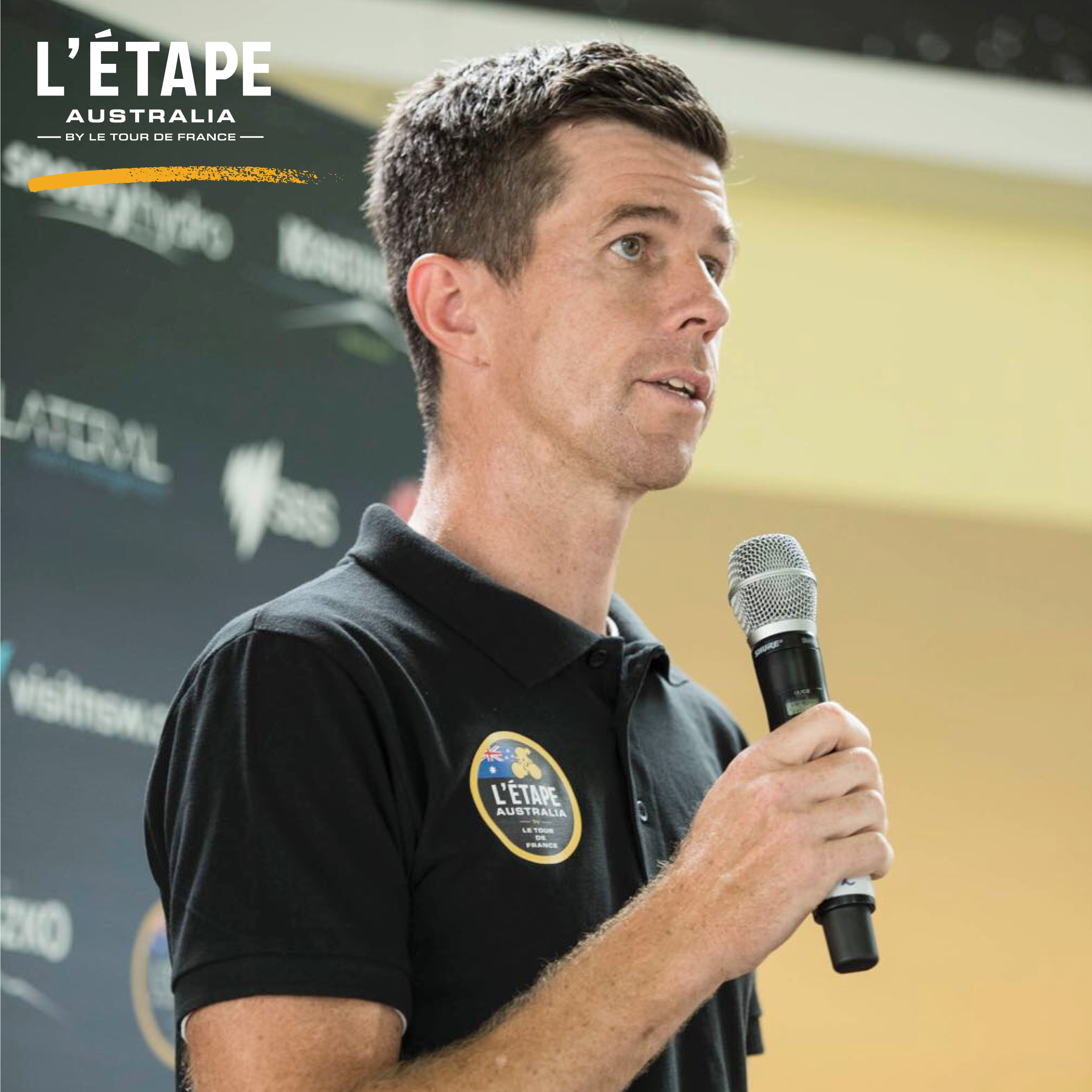 Being one of the most recognizable voices of cycling, Matthew Keenan regularly forms part of the international commentary team at the Tour de France and Vuelta a España, broadcast around the world from Europe, USA, Africa, New Zealand and on SBS in Australia. In the 2019 edition of L’Etape Australia, Matt will ride (not race) with you “The Ride”.